Fixed does combination of Amoxicillin and Flucloxacillin is available in both oral and parenteral formulation. Their usage is determined on the basis of severity of infections. Flucloxacillin is an isoxazolyl penicillin of the beta-lactam group of antiboitics, which exerts a bacetericidal effect upon many Gram positive organism including streptococci and beta- lactamase producing staphylococci. It has a relatively narrow spectrum of antibacterial activity.

Amoxicillin is a semisynthetic antibiotic, an analog of ampicillin, with a broad spectrum of bactericidal activity against many gram-positive and gram-negative microorganisms. Chemically it is (2S, 5R, 6R) – 6-[[3-(2-chloro-6-fluoropheny)-5-methyl 1,2-oxazole-4-carbonyl] amino]-3,3- dimethyl-7-oxo-4-thia-1-azabicyclo [3.2.0] heptane -2- carboxylic acid monohydrate for oral use and as sodium salt for parenteral use.

Amoxicillin is similar to ampicillin in its bactericidal action agianst susceptible organisms during the stage of active multiplication. It acts through the inhibition of biosynthesis of cell wall mucopeptide. Amoxicillin has been shown to be active against most strains of the following microorganism, both in vitro and in clinical infections.

Flucloxacillin is a narrow spectrum antibiotic of the group of isoxazolylpenicillins: It is not inactivated by staphylococcal beta-lactamases.

Flumox exhibits in vitro and in experimental animals in vivo bactericidal activity against a wide commonly encountered sensitive organism:

(ii) Synergism: Flumox exhibits synergistic bactericidal activity in vitro, and in experimental animals in vivo against some ampicillin resistant organism.

(iii) Additive effects: The two components of Flumox i.e. amoxycillin and flucloxacillin generally exhibit an additive effect against sensitive bacteria and bacteria that are sensitive to amoxycillin or to flucloxacillin or remain sensitive to the combinationl, showing that antagonism does not occur when the two components are combined. Flucloxacillin, by its action on the synthesis of the bacterial wall, exerts a bactericidal effect on streptococci, Staphylococci, including the beta-lactamase-producing strains, clostridia and neissieria. It is not active against methicillin-resistant staphylococci.

Strains of the following organisms are generally sensitive to the bactericidal action of flucloxacillin in vitro. (The minimal inhibitory concentration (MIC) of flucloxacillin are quoted below) flucloxacillin is bactericidal with a mode of action similar to that of benzylpenicillin, but is resistant to staphylococcal penicillinase. It is active therefore against penicillinase-producing and non-peniclillinase-producing staphylococci, with minimum inhibitory concentration in range of 0.25 to 0.5mcg per ml. Its activity against streptococci such as Streptococcus pneumoniae and Str. pyogenes is less than that of benzylpenicillin but sufficient to be useful when these organisms are present with penicillin-resistant staphylococci. Flucloxacillin is virtually ineffective against Enterococcus faecalis.

The Group A beta-haemolytic streptococci are less sensitive to the isoxazolyl penicillins than to penicillin G or penicillin V.

Orally administered dosage of 250 mg amoxicillin capsules result in average peak blood levels one or two hours after administration in the range of 3.5 mcg/ml to 5.0 mcg/ml respectively. Flucloxicillin is stable in acid media and can therefore be administered either by the oral or parental route. The peak serum of flucloxicillin reached after 1 hour are as follows.

-After 250 mg by the oral route (in fasting subjects): approximately 8.8 mg/l

Amoxicillin diffuses readily into most body tissues and fluids, with the exception of brain and spinal fluide, except when meninges are inflamed. Most of the amoxicillin is excreted unchanged in the urine.

Its excretion can be delayed by concurrent administration of probenecid. Flucloxicillin diffuses well into most tissues specifically, active concentration of flycloxicillin have been recovered in bones: 11.6mg/I (Compact bone) and 156 mg/I (spongy bone), with a mean serum level of 8.9mg/l. Crossing the meningeal barrier: flucloxicillin diffuses in only small proportion into cerebrospinal fluid of subjects whose meanings are not inflamed. Crossing into mother’s milk: flucloxacillin is excreted in small quantities in mother’s milk. The distribution of flucloxacillin into body tissues and fluids is similar to that of Cloxacillin.
More ... Less ...

The drug is rapidly excreted by the kidney, about 50% within 6 hours of administration. A small portion of the dose administered is excreted in the bile. The excretion of flucloxacillin is slowed in cases of renal failure. Metabolites are excreted in the urine by glomerular filtration and renal tubular secretion.

About 50% of a dose by mouth and up to 90% of an intramuscular dose is excreted in the urine within 6 hours. Only small amounts are excreted in the bile. Flucloxacillin is not removed by haemodialysis. Detectable serum levels are observed up to 8 hours after an orally administered dose of amoxicillin. Following a 1-gram dose and utilizing a special skin window technique to determine levels of the antibiotic, it was noted that therapeutic levels were found in the interstitial fluid. Approximately 60% of an orally administered dose of amoxicillin is excreted in the urine within 6 to 8 hours.
More ... Less ...

The serum protein binding rate is 95% in case of flucloxacillin whereas 20% of amoxicillin is protein bound.

Fixed dose combinations of Amoxicillin and Flucloxacillin is indicated for the treatment of infections due to Gram-positive organisms, including infections caused by -lactamase producing staphylococci. Typical indications include.

Oral: Adults (Including elderly patients): 2 capsules initially and then either 1 or 2 capsules 8 -hourly, depending on severity of infection.

Children weighing 20 kg or more should be dosed according to the adult recommendations in severe infections or those caused by less susceptible organisms: 2 capsules every 6 hours for adults and 40mg/kg/ day in divided doses every 6 hours for children may be needed.

Dosage should be administered 1 hour before meals.

Flucloxacillin is administered by mouth as the sodium salt, in the form of capsules. Amoxicillin is available as amoxicillin trihydrate. It should be taken at least 30 minutes before meals as the presence of food in the stomach reduce absorption. In severe renal failure a reduction in dosage may be necessary.

Special Warnings and Special Precautions for use

Trace quantities of amoxicillin and flucloxicillin are excreted in breast milk. Amoxicillin and Flucloxacillin may be administered during the period of lactation. With the exception of the risk of sensitization there are no detrimental effects for the breastfed infant.

Effect on Ability to Drive and Use Machines.

Before initiating therapy with amoxicillin and flucloxicillin, careful inquiry should be made concerning previous hypersensitivity reactions to beta-lactamase. Cross-sensitivity between penicillin and cephalosporins is well documented. If any hypersensitivity reaction occurs, the treatment should be discontinued. Rash, urticaria, purpura, fever, eosinophilia: sometimes angioneurotic oedema, rarely anaphylactic shock (exceptional with oral administration). Certain reactions (fever, arthralgia, myalgia) sometimes develop more than 48 hours after the start of the treatment. Eryhema multiforme has been reported rarely.

Serious and occasionally fatal hypersensitivity reactions (anaphylaxis) have been reported in patients receiving beta-lactam antibiotic. Although anaphylaxis is more frequently following parenteral therapy, it has occurred in patients on oral therapy. If an allergic reactions occurs, amoxicillin and flucloxacillin should be discontinued and appropriate therapy instituted. Serious anaphylactoid reaction may require immediate emergency treatment with adrenaline, with oxygen, intravenous steroids and airway management including intubation , may also be required. As with other penicillin, it may be expected that untoward reactions will be essentially limited to sensitivity phenomenon. They are more likely to occur in individuals who have previously demonstrated hypersensitivity to penicillins and in those with a history of allergy, asthma hay fever or urticaria. The following adverse reactions have been reported as associated with the use of penicillins: Erythematous maculopapular rashes, erythema multiform, Stevens-Johnson syndrome toxic epidermal necrolysis and urticaria have been reported.

NOTE: These hypersensitivity reaction may be controlled with antihistamine and, if necessary systemic corticosteroids. Whenever such reactions occur, amoxicillin and flucloxacillin should be discontinued unless, in the opinion of the physician, the condition being treated is life-threatening and amenable only to amoxicillin and flucloxacillin therapy.

Minor gastro-intestinal disturbances may occur during treatment. As with other antibiotic, pseudomembranous collitis has been reported rarely. If this condition develops, amoxicillin and flucloxacillin treatment should be discontinued and appropriate therapy, e.g. oral vancomycin should be intiated.

These may be delayed for up two months post-treatment. In some cases the course has been protracted and lasted for several months. Very rarely deaths have been reported, almost always in patients with serious underlying disease. Change in liver function test results may occur, but are reversible when treatment is discontinued. A moderated rise in Serum glutamic oxaloacetic transaminase (SCOT) has been noted but the significance of this finding in unknown.

Intestinal nephritis may occur but is reversible when treatment is discontinued.

Cautions in infants with liver, renal or gastrointestinal disease.

May be given concurrently with aminoglycoside for synergistic effect. Administer separately as simultaneous administration may cause inactive and precipitation. Adjust dose in suspected renal dysfunction (usually by lengthening in dosing interval)

Gastrointestinal effects such as nausea, vomiting and diarrhoea may be evident and should be treated symptomatically. Flucloxacillin is not removed from the circulation by heaemodialysis.

As for penicillin. Incompatible with colistina polymyxin B sulphate. Loss of potency after mixing with Streptomycin has been reported.

capsules Store in a cool dry place, protected from light. 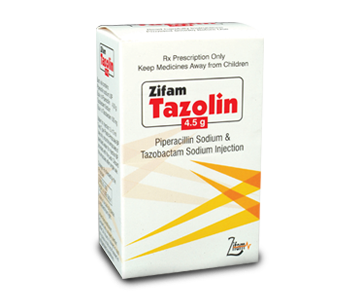 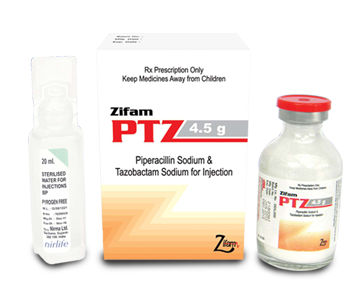